Heather Baile (owner)
Heather is originally from Durham, NC where she began dancing at 2 years old and until she graduated high school with Nina Wheeler of Nina's School of Dance.  Heather attended East Carolina University from Fall 2005 to Spring 2008 and graduated in 3 years. In 2008, she earned her Bachelor of Fine Arts degree Cum Laude in Dance Performance, with a concentration in jazz, at East Carolina University. While attending ECU, she studied under Tommi Galaska, Elie Lazar (from the Joffrey Ballet), Joseph Carow, Patti Weeks, Roger Belman, Timour Bourtansenkov (Carolina Ballet principal), and world renowned Galina Panova. Heather performed in the mainstage production; Dance 2006, Dance 2007, & Dance 2008. Heather has also had the opportunity to perform in "Sharing the Legacy" in New York, at the American College Dance Festival in Ohio and Florida, and perform as a Miss North Carolina Pageant dancer for 4 years. Heather has taught ballet, pointe, jazz, tap and contemporary for every age, for many years. She has taught at private studios in Durham, Wake Forest, Morehead City, Beaufort and Jacksonville. Heather has been teaching at Swansboro Dance Studio since 2009, where she was the lead dance instructor and manager. She is so excited about her new role as owner of Swansboro Dance Studio & Emerald Isle Dance Studio!  Heather possesses a true passion for teaching dance where she loves encouraging, inspiring and watching dancers grow into the best version of themselves.

Heather lives in Swansboro with her husband, her 2 sons and daughter! 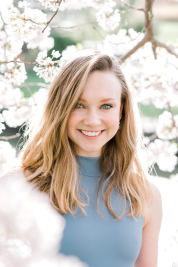 Kailee grew up in Swansboro, NC getting her start to dance at Swansboro Dance Studio. In 2011 She performed with the children’s cast of Carolina Ballet for their productions of Cinderella, A Midsummer Night’s Dream, and La Sylphide. She then joined Gelsey Kirkland Academy in New York City continuing her training with their pre-professional program from 2015-2018. After she graduated in 2015 she joined Festival Ballet Providence in Providence, Rhode Island where she danced as a company member for 6 seasons. This fall she will join the staff at Swansboro Dance Studio and is very excited to teach at her home studio. 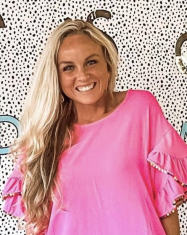 Charlotte has been dancing for 17+ years, where she began dancing at Ann Arbor Dance Classics at the age of 3.  Charlotte is trained in the areas of ballet, tap and jazz. While growing up, Charlotte competed in jazz and tap dance competitions. After high school graduation, she attended Siena Heights University where she was a member of their nationally ranked dance team. At Siena Heights University, Charlotte was a double major in the areas of Elementary Education and Special Education.  Charlotte is currently a 3rd grade teacher at White Oak Elementary.

Ms. Jennifer is originally from Durham, NC; she has been dancing since she was 2 years old. She is classically trained in ballet, pointe, jazz, modern/contemporary, lyrical, tap, and hip-hop. Her mother, who danced professionally with the Pennsylvania Ballet Company, was the reason Jennifer started dancing. Jennifer trained at The Studio School of Dance Arts and Gymnastics and at Encore Academy of Dance in Durham, studying with her mother and other instructors. She danced at Riverside High School under Marie Middleton-Hopkins. She also performed with the Moscow Ballet Company twice in their production of "The Nutcracker" when they came to the States and were in residency at Duke University.
Ms. Jennifer graduated Magna Cum Laude from East Carolina University with a BFA in Dance Education in May 2015. While at ECU she studied under Dawn Clark, Teal Darkenwald, John Dixon, Tommi Galaska, Marissa Nesbit, Galina Panova, and Patti Weeks. She performed in the main stage production, Dance 2014, in choreography by Patti Weeks and she also performed in Contemporary Concert 2012 in a piece by Patti Weeks. 2012 also brought the opportunity to perform at the Museum of Art in Raleigh, NC in Tommi Galaska's "Talkin' Trash".
She danced professionally in 2017-2018 with Durham, NC based dance company, The KT Collective.
She lives in Jacksonville, NC with her husband, 2 sons, and two dogs. She teaches dance at Northside High School, where she has been for 8 years, and she choreographs for the Marching Monarchs Marching Band and Visual Ensemble, which includes the NHS Dance Line that perform at football games and school peprallies.
Ms. Jennifer is very excited to start her seventh season with Swansboro and Emerald Isle Dance Studio!​ 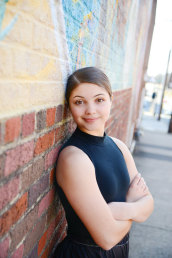 Madison Smith
Miss. Madi is orginially from Swansboro, NC.  She has been dancing since she was 4 years old under the direction of Heather Baile at Swansboro Dance Studio.  In 2020-2021, Madi studied at UNC Greensboro as a BFA Dance Choreography and Performance major.  She is now studying at Coastal Carolina Community College in Jacksonville.  Madi loves sharing her passion for dance to her home studio! 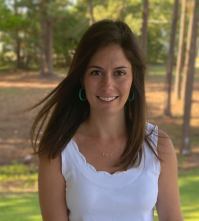 Colleen White was born and raised right here at Swansboro Dance Studio. She began taking classes with Ms. Christy at age 3 and studied ballet, tap, jazz, contemporary, and hip hop until she graduated high school. She was a member of the Elon University dance team until she came home to attend Coastal and taught classes at SDS. She then attended UNC-Charlotte where she earned her Bachelors degree in Elementary Education. She taught at a dance studio in Charlotte before having her first daughter and then she moved back to Swansboro. During that time, she also was a Kindergarten teacher for 5 years. Since 2020, Ms. Colleen has been teaching again at Swansboro Dance Studio where her two little girls now attend, as well. Ms. Colleen just became certified in AcroDance Preschool and is excited to be teaching acro to our littlest dancers next year!

Christy Crosswell Williams
Christy opened Swansboro Dance Studio in1982.  Ms. Williams studied and taught ballet, pointe and tap for more than 23 years. She has a bachelor of arts degree in English from East Carolina University and is a certified teacher. While at ECU, she studied dance under the world renowned Mavis Ray and Pat Pertallion, former head of the ECU dance department.  Christy's legacy will carry on through every student past and present.

We believe that every child has an “inner rhythm” and at Swansboro Dance Studio & Emerald Isle Dance Studio we strive to help each dancer find their own rhythm. We believe that a child should be exposed to a variety of activities and encouraged to pursue those that they truly enjoy. Dance, in a challenging, non-competitive atmosphere gives children, as well as adults, the opportunity to express themselves freely through music and movement. It enhances the ability to pursue individual goals and to work together as a group. It reinforces such skills as listening, counting, coordination, motor skills and musicality. Whether a child chooses to dance for many years or moves on to other interests, tapping that inner rhythm will provide life-long benefits.